ADL policy students are a force to be reckon with in the US most prominent tournaments; they have become curious about Taiwan; they want to visit Taiwan. It’s as if we have all the secret ingredients and mixed them to perfect science – coaching, mentoring, and camaraderie. We are small in number, but most unforgettable!
–
What they don’t know, however, is that our success, if any, happens because we take care of each other in ADL family. In collective spirit we create miracles unseen and felt by others. It was almost impossible for some to even go to the tournaments: Chloe’s family emergency held her back; Henry had to make the dire decision to either go maverick or give up the opportunity entirely without his partner Chloe. Similarly, Ryan didn’t have a partner to go with until he desperately persuaded Takeshi; Sehwan also couldn’t go without Audrey sacrificing her Japan trip. Most impressively, Jessica and Angela had to stand up to paramount and opposing challenges from their school before they decided to follow their heart. Suffice to say that almost everyone had to overcome small and big obstacles that held them back from going, most of which were psychologically complex and tearfully private.
–
We, therefore, pay tribute to these courageous debaters of conviction! We pay tribute to all the amazing coaches at ADL – Ryan, Tyler, Brennan, Brandon, Dylan, Andrew, and especially our mentor coach Kelly! It is not an exaggeration when I say that there will be no policy debate in Taiwan without Kelly who gives her time freely before and during the tournaments to all that come to seek her help as well as those who initially reject her (like Henry’s father who opposed until Kelly spent hours with him).

Brandon Chen, the Champion of 2017 SNFI Policy Round Robin

Octofinalist-Candidate at the Berkeley University Tournament!

Stanford Tournament Results of 4 ADL Policy Debaters:
Congratulations to All of them! All did great! 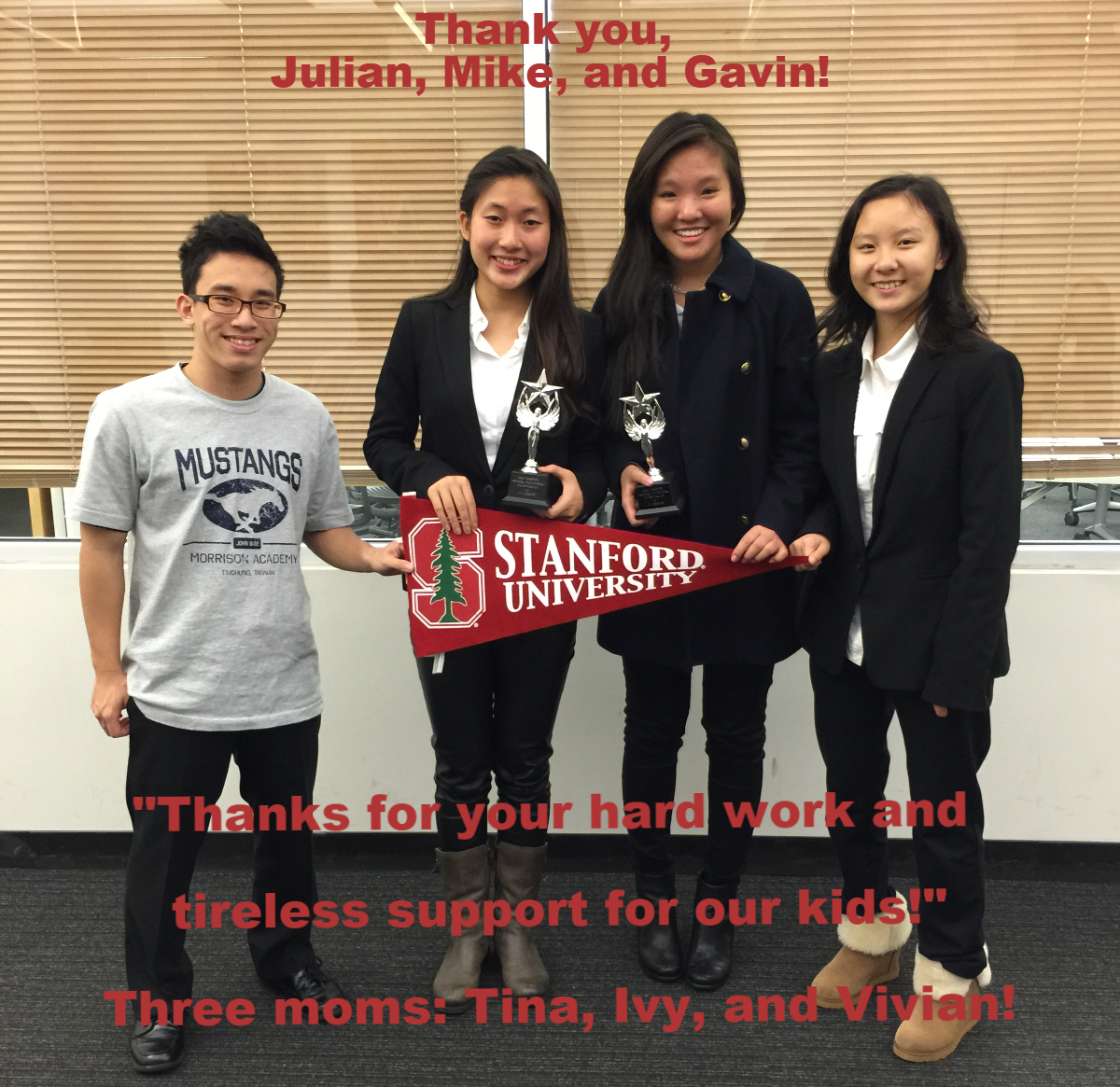